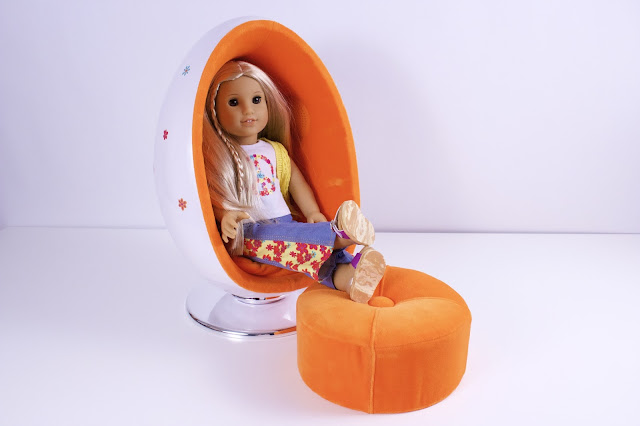 Julie's full name is Julie Marie Albright. She was released in 2007 by American Girl as part of their BeForever line. Julie is the ninth of the Historical Characters of American Girl Dolls, representing the seventies.
Julie is a fun-loving, creative and free-spirited nine year old growing up in San Fransisco. She has three nicknames: "Alley Oops"given to her by her best friend Ivy Ling; "Jules" a name her older sister gave her; and "Cool Hands Albright" the basketball team gave her that name for her speedy passes during play .
Julie is a child of divorce and faces it very courageously and with optimism. While change can be hard to accept, she realizes when its important and makes change happen herself. Julie discovers she can make a difference and takes a stand when life doesn't play fair, she's a real fighter.